Terms to know as you start managing your money.

Accrued interest. The interest that has accumulated since the loan proceeds were disbursed, or since the previous interest payment if there has been one already.

Aggregate loan limit. The maximum amount that can be borrowed over the life of a student’s education, either from a specific loan program or all loan programs combined.

Alternative loans. Education loans made by lenders other than the federal or state governments — also known as “private loans.”

Annual Percentage Rate (APR). The yearly funds over the term of a loan, calculated on a percentage basis, that reﬂects all finance charges including loan interest and fees.

Capitalization of interest. The process of adding accrued interest to a loan balance at periodic interval

Certiﬁcation. The process where the school confirms and authorizes to the lender that a student is enrolled, in good standing, and has met other eligibility requirements.

Consolidation. The process of taking several individual loans, combining them and creating a single, new loan; typically, the loan will be repaid over a longer period of time and have new terms and conditions. Creating a new loan from a single student loan may be called consolidation or refinancing.

Cosigner/Coborrower. Someone who obtains a loan with another borrower. Both parties are legally responsible for repayment of the loan. Lenders’ policies concerning notification of billing statements, delinquencies, defaults, and other information may vary depending on whether the lender considers the individual a cosigner or coborrower.

Cost of attendance (COA). The estimated total amount it will cost to attend school for a specific period of time, including tuition, fees, room and board, books and supplies, transportation, and eligible personal expenses — also known as “cost of education.”

Credit score. A number assigned to a person that indicates to lenders their capacity or ability to repay a loan. The score may impact loan eligibility and interest rate.

Default. Failure to pay a debt obligation on a timely basis or to comply with other conditions of the promissory note.

Deferment. A period of time during which repayment of principal and interest of your loan is temporarily delayed. Interest may continue to accrue during a deferment period.

Delinquency. A failure to make a loan payment when due.

Disbursement. A process of issuing (transferring) funds from a lender to a borrower, often through the school.

Disclosure statement. A lender’s legal statement sent to the borrower immediately after a loan is approved or disbursed, identifying the amount borrowed, interest rate, finance charges, other terms, and the borrower’s repayment rights and responsibilities.

Enrollment status. A school’s designation of a person as an undergraduate or graduate student, and enrolled as a full-­time, part-­time, or less than half­-time student.

Expected Family Contribution (EFC). An estimated amount of personal resources a student and family should have available and are expected to contribute toward the student’s education expenses for an academic year, based on a federal methodology.

Fixed interest rate. An interest rate assigned to a loan that is locked in and will not change during the life of the loan. The interest rate may be increased by the lender if the loan goes into default.

Forbearance. A period of time when full payments are not required on a loan. A lender, at their discretion, may agree to a forbearance due to financial hardship (e.g., medical emergency, unemployment); during forbearance interest continues to accrue.

Forgiveness. The practice of forgiving a loan in the event of death or total/permanent disability, or cancellation resulting from working in a ﬁeld of high demand, such as teaching or health care.

Grace period. A period of time when a borrower is not required to make payments on a loan, typically between leaving school (e.g., graduation) or dropping below half­time enrollment and entering repayment.

Guarantee fee. (See also Insurance premium) An amount (typically a percentage of principal borrowed) charged to guarantee or offset the risk of default.

Half­time enrollment. When a student is enrolled less than full­-time and at a minimum of at least six credits.

Index. This is the money ­market rate used to determine a loan’s interest rate; the index can be either Prime Rate, LIBOR, Treasury Bill (T­Bill), Commercial or other rate as determined by the lender.

Insurance premium. An amount (typically a percentage of principal borrowed) charged by some private/ alternative loan lenders to guarantee or offset their risk of default.

LIBOR (London Interbank Offered Rate). LIBOR is one of several interest rate indexes that banks can use to set interest rates.

Master Promissory Note (MPN). A legal document in which you promise to repay your loan(s) and any accrued interest and fees. It also explains the terms and conditions of your loan(s); for instance, it will include information on how interest is calculated and what deferment and cancellation provisions are available to you.

Origination fee. A processing fee based on a percentage of the principal borrowed and deducted from the loan at each disbursement.

Prime rate. Also known as the Wall Street Journal Prime Rate. Prime rate is one of several interest rate indices that banks can use to set interest rates.

Principal. The total amount borrowed from a lender that must be paid at maturity, and on which interest and fees can be charged.

Private loans. Education loans made by lenders other than the federal or state governments — also known as “alternative loans.”

Promissory note. A legally binding contract provided by a lender that the borrower accepts, which describes the loan terms, conditions, and obligations for repayment.

Repayment term. The period of time over which the borrower will repay the loan.

Satisfactory academic progress. In order to receive federal student financial aid, a borrower must maintain a certain level of academic performance within a given period of time, which is deﬁned by the school.

School certification. The process where the school confirms and authorizes to the lender that a student is enrolled and has met other eligibility requirements.

Servicer. An entity that performs billing, collection, deferment, and other administrative requirements on a loan.

Variable interest rate. The interest rate specified in the promissory note, which can be changed periodically with the index (i.e., monthly, quarterly, semi­annually, or annually) by the lender over the life of the loan. 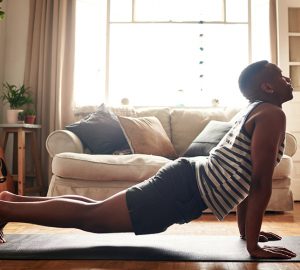 It’s science: The best times of day to do everything

Be a time-management pro: Here are the best times of day to do seven things. 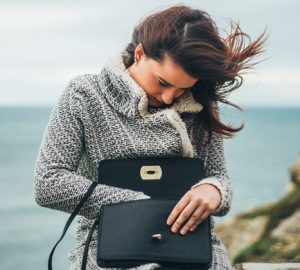 How to react when you lose your wallet

Steps you can take to help protect yourself and stay afloat. 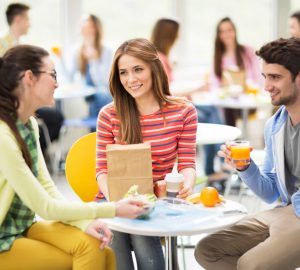 Preparing your finances for the second semester

Help alleviate money woes and set yourself up for second semester success. Use our list to set some goals. 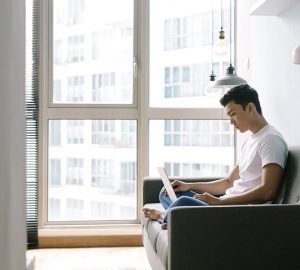 Learn how having less can help you be more.