Make the most out of your three-month break and build connections along the way.

As a college student, you meet new people every day. In fact, you might be networking without even knowing it. The girl sitting next to you in class could be the connection to your first full-time gig after graduation. Or your professor may know someone who works for your future dream employer. But what does networking mean — and how can you make valuable connections off campus, such as during your summer job?

Networking is just a formal name for exchanging information and making contacts in the professional world. A summer job is the perfect way to start networking, whether it’s scooping ice cream or crafting budgets for a law firm. I’ve worked as a camp counselor, restaurant server, and marketing intern, and each of these experiences has provided a gateway to a future career.

Networking sounds a lot more intimidating than it really is. Take the fear out of it by setting simple goals, such as going to lunch with your supervisor or spending half a day in a different department of the office.

At one summer job, I asked an employee to get lunch with me so I could learn about how she got where she is in her career; and that summer, I eventually worked my way up to shadowing my supervisor for a day. Setting goals can help you stay on track during the few months you have.

Once you know whom you want to meet and what you want to learn, jump right in and get your first conversation out of the way. For me, it was easiest to start networking with fellow interns because we were all in the same boat. From casual conversation in the first week, I found out that my dream company at the time was located in a fellow intern’s hometown — and, better yet, one of her family friends worked there! Later down the line, any of these people could be a valuable resource to me in my desired career, or even vice versa.

“Networking is just a formal name for exchanging information and making contacts in the professional world.”

At an office, join committees and interest groups, go to office events, and say yes to every project you can get your hands on. All of these things can lead you to meeting new people and networking in a very organic way. But remember networking doesn’t have to be in the office — it can also be at a baseball game or going out for afternoon coffee.

Be proactive about networking and at the end of your summer job, get everyone’s contact information and stay in touch. Don’t forget to use social media to your advantage by not only adding connections on LinkedIn, but also by using it as a tool to research coworkers or colleagues to see what they’re up to.

Lastly, don’t discount anyone along the way. Remember that everyone else had to take that first big step — even Oprah started her career working at a grocery store. Your fellow restaurant server might be tomorrow’s CEO. It’s important to get talking and find common ground, whether it’s about where you grew up or where you want to be in the future. 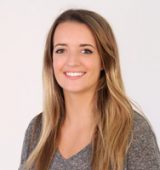 Emily Rhodes is a copywriter based out of Richmond, VA. She graduated from the University of South Carolina and is currently attending VCU’s Brandcenter to obtain her Masters of Business/Branding with a concentration in copywriting. When she's not writing, she's headed off on a weekend trip with her dog, Mongo, in search of her two favorite things: a beach and tacos.

Want to read more about applying to jobs and networking? 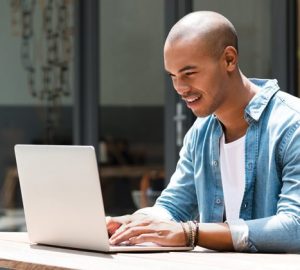 It’s never too early to get your summer internship search on. Take steps now and get ahead of the curve. 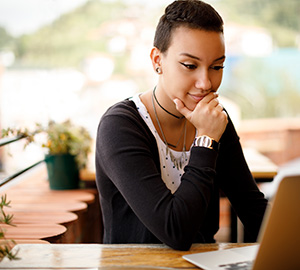 COVID-19 and your career options: Opportunities for new and soon-to-be grads

What college majors and careers are emerging as areas of opportunity for college students graduating in the COVID-19 era? 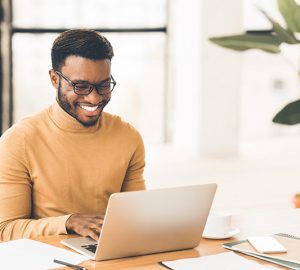 Whether you’re seeking paid internships, part-time jobs, or a full-time job, here are ideas for how to prepare for this new kind of hiring event. 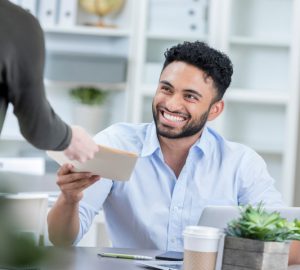 How do you make yourself stand out from the pack? Take our quiz to learn what you should — and shouldn’t — put on your resume as you begin hunting for internships and jobs.