See how one San Francisco native moved to a smaller city and reaped the benefits. 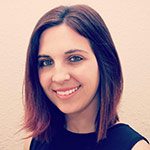 Lauren Machi thought she would live in San Francisco forever, but when her boyfriend suggested moving back to his native Sacramento four years ago, she crossed her fingers and hoped for the best with the relocation.

Reasons for our relocation

I’m a San Francisco native, born and raised. I met my boyfriend at San Francisco State, and when we graduated, we decided to move in together. But being able to afford our own space became nearly impossible with the city’s sky-high rent.

My boyfriend is originally from Sacramento, 90 miles east of San Francisco, and he said, “Why don’t we just move there? It’s cheaper.” The little I knew about Sacramento was from visiting his parents’ home in one of the suburbs, but I decided to go all in. Three months later, I quit my job and we moved to Sacramento.

The luxury of saved money

Although we moved into a smaller apartment in Midtown, Sacramento’s most hip neighborhood, it ended up being cheaper than our rental in San Francisco. Luckily, since I had money saved up, I was able to take my time settling in and learning my new home.

I found that networking was the perfect way to meet people and build my contact list. A year after moving, I started working as communications coordinator for the Midtown Association, a nonprofit that promotes Midtown as a great place to work, live, and set up shop.

I’d tell anyone considering a second-tier city that there are benefits to starting your career in a smaller market. You have time to develop your skills in a kind of “safe” environment that’s not hypercompetitive. That can make it easier for you to find your career strengths and passions.

“Luckily, since I had money saved up, I was able to take my time settling in and learning my new home.”

We lived in our Midtown apartment for six months before deciding to find a house to rent. Later we realized that we could actually afford to buy a house. That’s when we discovered NeighborWorks Sacramento, a nonprofit that helps new homeowners buy in under-the-radar neighborhoods. We went to them two years ago when they collaborated with Wells Fargo for a NeighborhoodLIFT program. Because we were under a certain income threshold, we qualified for a grant that gave us a $15,000 forgivable loan that we could use for closing costs. However, the closing date had to be in 60 days or less.

Given the 60-day timeline, we needed to learn about new neighborhoods fast. We found a house in Oak Park, near my office (and now considered almost as hip as Midtown), and closed on it a week after it went on the market. I don’t see how we could have done that in San Francisco.

“For anyone considering relocating, I’d say, think about what you want to be doing in five years, 10 years. Will this new place let you achieve those goals?”

The pace of living in a smaller city hasn’t been so hard to get used to. People are down-to-earth and easy to connect with. There’s a lot of outdoor space, and except for some boiling-hot summer days, it’s mostly good weather.

It took me some time to get used to Sacramento’s delayed public transportation system. We have only one car, so I usually ride my bike and take Uber. The cultural amenities are sometimes lacking: there’s not much of an art scene and there aren’t many museums to visit. Eventually, I’d like to see more activity in the city’s parks, which I think would foster a better sense of community. When you live in a big city, those kinds of things are easier to come by.

Wages in Sacramento are lower than in San Francisco, but because most things are more affordable, it seems to level out. However, it’s nearly impossible to own a home on your own in San Francisco because of the cost. Moving to Sacramento has made it more affordable for me to buy a house and have space for my dog to play, which is really important at this stage of my life.

I’m the type of person who says, “I’m going to do these things in five years, these in 10 years,” and I list the pros, cons, and tradeoffs I’ll have to make to reach those goals. So on the brink of relocating, I’d say, think about what you want to be doing in five years, 10 years. Will this new place let you achieve those goals? Do a pros-and-cons list of a place for things like its cost of living, career opportunities, home affordability, etc. For example, a new place may take you longer to move up your career ladder, but it could be more affordable than a place with high-profile jobs.

What’s worth more to you? It’s valuable to have that plan for yourself before you leave your current place behind so you’re not just in the woods when you move someplace new.

Thinking about buying your first home? The My FirstHome® interactive learning experience may help you decide if you’re ready for homeownership. 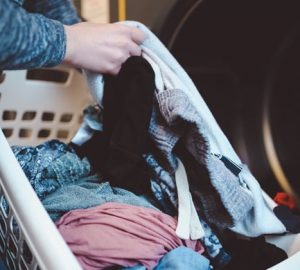 It’s science: The best times of day to do everything

Be a time-management pro: Here are the best times of day to do nine things. 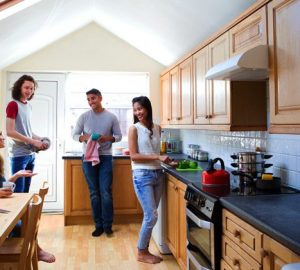 Quiz: What kind of roommate are you?

Find out if you’re easy to cohabitate with — and tips for improving your roommate relationships. 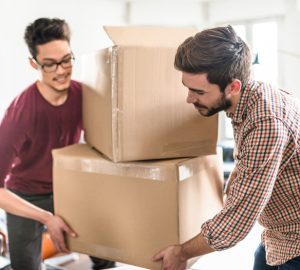 The hidden costs of renting an apartment

As you look for your next place to live, be aware of all the potential expenses. 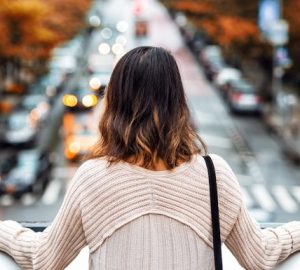 Before you show up with the moving van, read these tips from someone who has firsthand experience in finding a home from far away.