Ashley LeMeiux’s On My Way story as recorded in 2017

In her junior year of college at Arizona State University, Ashley LeMieux of The Shine Project faced a common dilemma. She knew she wanted a job after graduation where she could help other people, but she didn’t know where to begin. She figured law school was a good way to start.

But her senior year, in the span of just a few weeks, things changed dramatically. She took an internship at a local high school in a program called AVID that was aimed at preparing juniors and seniors for college.

LeMieux noticed a problem. The kids, who she describes as “bubbling over” with talent, had lots of other, more important concerns on their minds, like taking care of younger siblings and simply surviving everyday life. They had few, if any, positive examples to follow or ways to break the cycle of struggle within their families.

She had previously started a blog, called The Shine Project, to inspire herself for her last year of college, and decided to use it to be a voice for the at-risk youth. “I wanted to create a space that was positive and full of happiness and full of stories of triumph. And I think because of what I founded the project on — those basic emotions — it organically grew.”

LeMieux, who had $300 in her account at the time, turned The Shine Project into a nonprofit and started raising money for scholarships that would range between $1,000 and $2,500 each. She was able to fund seven of them through her grassroots effort, mostly from small donations.

“Life is hard. And we have opportunities that we can either take or let pass us by,”

“Most of the time, people want to be involved in helping other people, but they don’t necessarily know how or know where to start,” she says. “As we shared the stories of the students who were receiving the scholarships, people were just so excited that someone else could pursue a better future because of them. It is cool to see how much can happen when a lot of people give a little bit.”

The Shine Project continues to give out scholarships — it’s provided 55 so far, and its first set of recipients is on track to graduate in the spring.

Along the way, she decided to branch out and started Threads by The Shine Project, an endeavor that employs at-risk youth to hand-make jewelry, which is sold online and in wholesale.

It was a decision that LeMieux admits was made more out of emotion and less on sound finances, but it has worked out. Threads by The Shine Project now employs 17 students. “It’s just so humbling that I’m able to be in a position where I can help amazing people be able to pursue their dreams, and that I get to see their process of growth.”

She admits it’s been difficult juggling marriage, the nonprofit, and the new business. But her infectious positive attitude and commitment have made it all work where others may have given up.

“I don’t look at my work as work. My work kind of is my life. I can’t imagine not doing it, because without it, my life would be totally different.”

The journey hasn’t come without struggles. At the beginning of 2015, just when things appeared to be going great — it had been a great holiday season and there were many opportunities ahead — things crashed down.

Ashley faced challenges in her personal life, and the business opportunities slipped away, all within the span of about three days.

“I went home and I sat on my couch and I cried,” she admits. She also texted her family and held a family meeting to talk out where she needed help. And she recommitted herself.

“I try to be very careful that I can encourage my social media followers to do things that are positive, and that they can see that even though things get hard sometimes, that it’s still possible to stay true to yourself and the people that you love. I really try to take the platform that I have and use it for good.”

“I don’t look at my work as work. My work kind of is my life. I can’t imagine not doing it, because without it, my life would be totally different. I work to be able to help other people have better lives.”

“Life is hard. And we have opportunities that we can either take or let pass us by,” she says. “And I think that when we take the opportunities that are difficult, you have to go in knowing that they’re going to be hard.” But for Ashley, it’s all worth it because “it just brings so much satisfaction.”

Matt Harrington is Senior Digital Editor of CollegeSTEPS and a former reporter for The Business Journal in Greensboro, North Carolina. 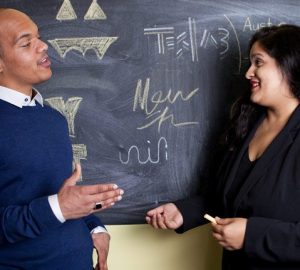 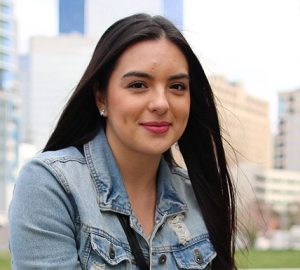 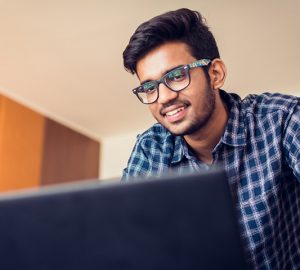 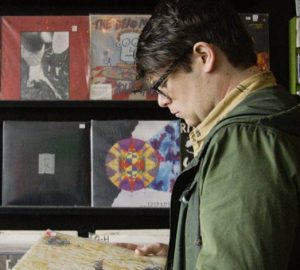 With some creative thinking, Philip Pledger is making a name for himself in his hometown.